Explore York Images is a replacement for the previous Imagine York database, which contained digitised copies of photographic prints of the city over the last 150 years. The technology powering that site, originally built in the early 2000s, had become slow and the search functionality was poor, resulting in a database that was no longer fit for purpose in the twenty-first century and which couldn’t be added to easily.

In summer 2019, discussions began to find a suitable replacement portal for the images, which could be added to by staff as and when new collections were digitised. An agreement was reached with Sheffield-based CiT Digital in October 2019, and between then and February this year staff from Explore have worked on the design and layout, the increased search functionality and the descriptions of the existing images. They also spent a great deal of time tracking down copyright on images to ensure they could be moved to a more visible public platform. Metadata was standardised, and a new ‘controlled vocabulary’ created so that users could browse the collections in addition to searching using keywords. Overall, the new site is much more user-friendly, easier to search, and has a built-in point of sale function, meaning users can buy copies of images online for a range of purposes, and then download the digital files straight to their computer.

One of the main reasons for Explore’s increased need for a new image platform was their desire to showcase the thousands of newly-digitised images from the J. W. Knowles & Sons collection. J. W. Knowles and Sons were a family firm of glass painters, restorers and church decorators based in Stonegate, York. The business was founded by John Ward Knowles (1838-1931) in around 1861. He was later joined in the business by his two sons, John Alder Knowles (1881-1961) and Milward Knowles, with the firm continuing to operate until the 1970s.

As well as an extensive paper-based collection of local history research and designs belonging to John Ward Knowles, held at York Explore Library and Archive, the archive includes some 3,500 glass plate negatives and lantern slides. Thought to date from the early part of the twentieth-century, the fragile glass plates document many of the projects the firm was undertaking, as well as others which were clearly obtained for wider research purposes. A number are also original paintings on sheets of glass, presumably created by John Ward Knowles in his role at York School of Art. 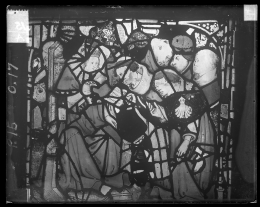 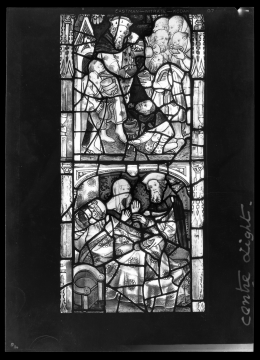 Following generous grants in late 2017 from the York Glaziers Trust, The Worshipful Company of Glaziers and Painters of Glass and a private donor, Explore was able to second a member of staff to begin work on the cataloguing and digitisation of the glass plate negatives and lantern slides. The bulk of this work took place during 2018. This funding also allowed Explore to purchase a specialist flatbed scanner for photographic materials, and software which would allow positive digital images to be created from the negative glass plates.

The collection is a fascinating insight into the work of one firm in the early twentieth century, including detailed images of panels in many hundreds of different stained-glass windows. Major projects include York Minster, Holy Trinity, Goodramgate and All Saint’s, North Street – key buildings in the history of York’s stained glass past.

Work is still ongoing to complete the digitisation of the catalogued glass plates, and staff are also conducting a survey of plates that cannot yet be digitised and which will require more significant conservation work. At present, Explore York Images contains nearly 2,300 images from the Knowles collection, a significant proportion of the nearly 7,500 images on the site. Due to delays resulting from the Covid-19 pandemic, Explore are continuing to add the remaining images to the site, and are anticipating the completion of the digitisation by late Spring 2021. 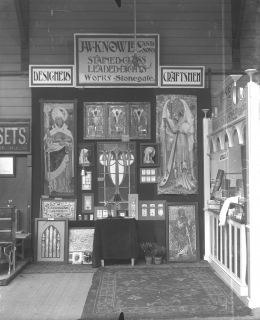 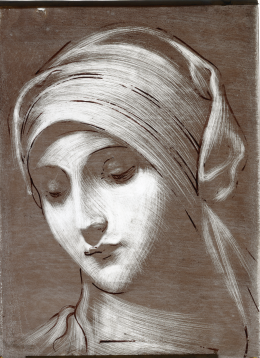