‘I HAVE CARPENTERS TO DIRECT, PLASTERERS TO HURRY, PAPERMEN TO SCOLD, AND GLAZIERS TO HELP: THIS LAST IS MY GREATEST PLEASURE’: HORACE WALPOLE’S PAINTED GLASS COLLECTION AT STRAWBERRY HILL HOUSE

We reported in our news items last month the return to Strawberry Hill House of more than 200 items from Horace Walpole’s collection of art and artefacts for display in what promises to be a spectacular exhibition opening this autumn. The exhibition marks the culmination of an extensive programme of restoration works at Strawberry Hill over the last decade and a half, and will allow, for the first time in more than 170 years, the house to be seen and experienced as it was conceived by Walpole. Playing no small part in the restoration programme was the conservation of Walpole’s enormous collection of painted glass. It is this collection too that will do much, in its manipulation of light and rich colour, to recreate the atmosphere of medieval ‘gloomth’ (Walpole’s word for a combination of warmth and gloomy) so central to Walpole’s conception of his ‘little Gothic castle’. Here, we present a brief outline of the glass gathered together by Walpole at Strawberry Hill, and highlight Walpole’s role as a pioneering collector of stained glass and advocate of a then almost-lost craft. 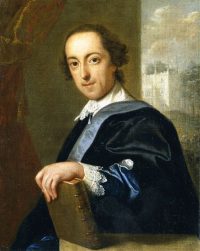 Fig. 3. Detail of the bay window in the Great Parlour at Strawberry Hill, set with a range of Netherlandish paint-ed glass roundels from Walpole’s collection.

It has been called the most famous house in Georgian England (fig. 1), and certainly, soon after Horace Walpole (1717-97) (fig. 2), youngest son of Sir Robert Walpole, Britain’s first Prime Minister, leased a nondescript late seventeenth-century suburban house at Strawberry Hill, Twickenham, in 1747 and began transforming it into his Gothic fantasy it became a major stop on the tourist route of London houses. Tickets were sold, and a guidebook produced on Strawberry Hill’s own printing press, for tours guided by Walpole himself through his immense collection of historical art, arms, armour, and historical objects of all kinds. Among Walpole’s treasures was an impressive collection, numbering over 450 pieces, of ‘ancient’ painted glass, consisting primarily of Netherlandish roundels dating to the 16th and 17th centuries (fig. 3)

History and Documentation of the Glass 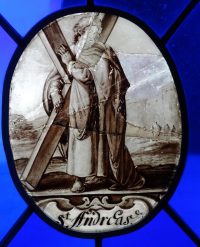 Fig. 4. Roundel painted with an image of St Andrew.

With characteristic wit, Walpole’s wry judgement on Strawberry Hill, bedecked with papier-maché friezes and Gothic-themed wallpaper, was, ‘My buildings are paper, like my writings, and both will blow away in ten years after I am dead’. Whilst both house and writings have endured, within fifty years of Walpole’s death in 1797, the vast collection he had amassed was put up for auction in 1842 in the Earl of Waldegrave’s ‘Great Sale’ of the century. The glass was offered for sale directly from its window openings, with buyers invited to carry their purchases away with them. But when the auction came to its end after an astonishing 32 days, Strawberry Hill had lost less than half of its glass: of a total of 59 lots, 37 remained at the house. The repair and renewal of the house by Lady Waldegrave in the second half of the nineteenth century had its impact on the stained glass, with Thomas Baillie & Co. and Charles Francis Nosotti both being brought in to rework the eighteenth-century decorative settings into which the older panels had been set, to redistribute the roundels through the house, and to provide new glass, including heraldic designs for Waldegrave arms and mottoes. War damage resulted in further minor losses and alterations during subsequent restoration, affecting the glass’s appearance. Nonetheless, the retention of the majority of the glass in 1842, in conjunction with the exceptionally-thorough documentation of Walpole’s Strawberry Hill – in addition to the building accounts, the 1842 sales catalogue, a self-penned Description of the Villa of Horace Walpole and vast numbers of letters referencing the house all survive – together give an idea of the scope and content of Walpole’s glass collection, as well as insight into the manner and timings of the acquisition of the panels, and his thoughts on the aesthetic considerations underpinning the glass’ arrangement and display.

The Collection and its Arrangement 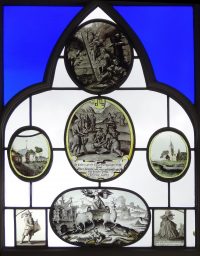 In 1753, a few years after his first recorded commissions for the securing of painted glass, Walpole described his on-going works at Strawberry Hill to his friend and long-time correspondent Sir Horace Mann. He noted gleefully that, ‘I have amassed such quantities of painted glass, that every window in my castle will be illuminated with it, and adjusting and disposing it is vast amusement.’ He highlighted the hall, containing ‘lean windows fattened with rich saints in painted glass’, and the heads of each of two closet windows ‘glutted with the richest painted glass of the Arms of England, crimson roses, and twenty other pieces of green, purple, and historic bits.’ Walpole’s collection did indeed contain elements of authentic gothic glass; in particular, several armorials and badges (roses, hawthorn motifs, and initials) relating to the Tudor Royal family, a fifteenth-century Coronation of the Virgin, and probably a number of English armorials from the second half of the fourteenth century, as well as a fifteenth-century German grotesque supporting the arms of the Counts of Virneburg (now in the Victoria & Albert Museum).

Yet the vast majority of Walpole’s glass collection post-dated the late medieval period with which he was so entranced. Around 1750, Walpole obtained for the price of 36 guineas an ‘immense cargo of Flanders glass’ from one Asciotti, an Italian who had married a Flemish woman, and, indeed, the historic glass in Walpole’s collection consisted predominantly of Netherlandish roundels and other small-scale panels dating to the 16th- and 17th-centuries. These historic panels were, in turn, leaded into settings supplied by various English glaziers active during Walpole’s time, primarily William Price the Younger (d. 1765) and subsequently William Peckitt, England’s two chief glass painting exponents of the day, both of whom (despite Walpole’s claims to the vast quantities of historic glass he had amassed) were also called upon to provide entire panels of their own designs when his supply of imported glass was exhausted. 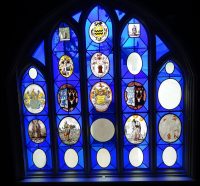 Fig. 6. The Star Chamber window at Strawberry Hill, set with a number of imported heraldic roundels.

Iconographically, Walpole’s glass collection encompassed a broad and eclectic range of subjects. Although mainly concerned with religious subjects (fig. 4), classical themes, historical figures, representations of the various months and seasons, episodes from everyday life, landscapes, different species of birds and, particularly, heraldry were all represented (fig. 5). In the main, this range reflected merely the themes commonly found in the Netherlandish roundels and panels of the 16th- and 17th-centuries that dominated Walpole’s collection, rather than an articulation of any specific interests held by him. Walpole appears to have been both little interested in the iconography of his painted glass in general, and also limited in his appreciation of religious iconography in particular. Describing in 1749 an ‘extremely fine window of painted glass’ recently seen at Messing (Essex) portraying the Seven Works of Mercy, he confesses that he had ‘mistook and called it the seven deadly sins’. More generally, throughout his letters and writings, although the acquisition of stained glass was clearly a priority in the ‘Gothicising’ of Strawberry Hill, it is the ability of stained and painted coloured glass to create an ambience and atmosphere that he craves for his ‘castle’; it is the potential for stained glass from old buildings to lend new structures the impression of great age that he desired, rather than particular imagery or iconography within that glass. As such, a key task for the glaziers employed by Walpole was to create from the essentially monochromatic post-1500 Netherlandish roundels and panels, executed in black paint and yellow stain, that dominated the collection a lavish and richly-coloured ‘gothic’ impression by incorporating the panels into colourful settings of blue, sometimes red and green, glass. 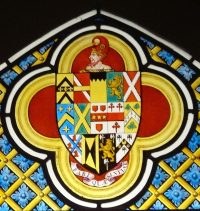 Fig. 7. The Walpole family arms, over the door to the Little Parlour, originally executed by William Price the Younger, recreated to the eighteenth-century design.

The one clear exception to Walpole’s broader iconographic ambivalence was his desire for stained glass of heraldic and armorial design. From the very start of his project at Strawberry Hill, he entreated his friends to seek out and secure for him any fragments of old heraldic glass specifically. Writing to one, ‘I am going to build a little gothic castle at Strawberry Hill. If you can pick me up any fragments of old painted glass, arms or anything, I shall be excessively obliged to you’. Such fragments he would use to create and convey his own fictive ancestral history: ‘I call them the achievements of the old Counts of Strawberry’, he joked (fig. 6). Walpole also commissioned the creation of heraldic glass (fig. 7). He purchased at least two armorial panels from William Price, and many more from William Peckitt, such as those installed across a seven-light window in the Round Drawing Room (1761) and a set created for the new Best Bedroom in 1772. Ultimately, the heraldic theme ran through almost all of the Strawberry Hill windows, and dominated the scheme in some areas, including the Great North Bedchamber and, significantly, the Main Door and its side windows.

Walpole’s Collecting and its Impact

In his own day, Walpole was famous for his extraordinary collection of antiquities, furniture, paintings and drawings, books and manuscripts, ceramics and paintings, all gathered together within the walls of his Gothic castle at Strawberry Hill; and Walpole himself recognised his own importance as a collector, believing his collection of ceramics to be the largest and most varied in England, and his enamels and miniatures collection to be the ‘largest and finest in any country.’ The amassing of his glass collection, however, seems to have been viewed as simply his private pleasure and passion, designed (as he said of the Strawberry Hill project more generally) ‘to please my own taste, and in some degree to please my own visions.’ Indeed, there was nothing rigorously art-historical or archaeologically accurate in Walpole’s approach to glass collecting, but his preferences for ‘old painted glass’, at a time when glass-painters were producing windows that were effectively vast enamelled canvases, had its own significance. Walpole numbered among England’s very earliest collectors of stained glass. His interests not only helped to preserve and stimulate interest in a body of artistic material that contrasted thrillingly with prevailing neo-Classical fashions. The resetting of Walpole’s glass into ‘gothic’ panels, its repainting where necessary, and its supplementation with newly-painted panels, also promoted and preserved the techniques of, by the mid-eighteenth century, an almost-lost stained glass craft: a preservation that would prove vital to the development of the stained glass profession during the full-scale Gothic Revival of the coming century.