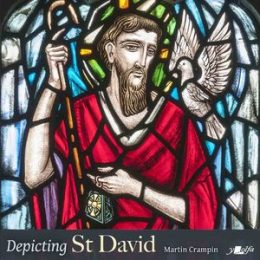 Although belonging to a distant medieval past, Wales still vigorously celebrates St David every 1 March, and he remains very much part of the Welsh national consciousness. Hundreds of images of David can be found in the nation’s churches, mainly in the form of nineteenth- and twentieth-century stained glass and sculpture. This book introduces a selection, contextualising their imagery in relation to the artists and studios that made them, local history and stories associated with St David.

In some cases the churches in which images in this book were photographed have now closed. Artworks from some of them have found new homes elsewhere, but a growing number face an uncertain future. This book aims to foster a better appreciation of these depictions of St David, and encourage more visitors to go and seek out these images of Wales’ patron saint.

Available to buy online from the publisher, Y Lolfa.

The Abbey Museum of Art and Archaeology at Caboolture, Queensland, has arguably one of the most significant collections of medieval and later stained glass in Australia.  It contains nearly 80 panels from the 14th to 20th century, including headers and some 400 fragments of 16th century glass from Winchester Cathedral; armorial panels from 14th century Holy Trinity Church, Ettington, and also 17th century Lincoln’s Inn; 16th century panels from the Continent, and Gothic Revival and Arts and Crafts glass. Sarah Brown has kindly written the Foreword and several authorities, including Peter Cormack, Tim Ayers, Virginia Raguin, Anya Heilpern, Terry Bloxham, Adrian Barlow and Joseph Spooner, have been generous with comments and suggestions. The profusely illustrated book, packed with new research and images not previously published, was funded by a grant from the Gordon Darling Foundation and should be available in early December. 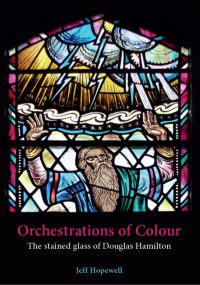 Orchestrations of Colour: The Stained Glass of Douglas Hamilton. By Jeff Hopewell.

Orchestrations of Colour is devoted to the life and work of the Glaswegian stained glass artist-craftsman, Douglas Hamilton (1895-1959), who trained with the Stephen Adam Studio, studied at the Glasgow School of Art and served in the Great War. He later moved on to Guthrie & Wells until setting up his own studio in 1938. From then until his death in 1959 he produced stained glass for the 90 or more churches listed in the gazetteer. He rarely signed his windows so there are undoubtedly others, yet to be identified.

This book considers the process of gaining commissions and the iconography of the windows, especially when they include scenes of everyday life as well as Christian imagery. There is a particular emphasis on the war memorial windows as well as a description of the stages involved in making stained glass and a discussion of his style.

To place an order, please contact The Coplow Press via email. 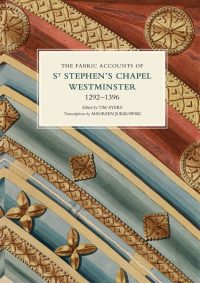 Begun by Edward I in 1292 and finished by Edward III, the rebuilding and decoration of St Stephen’s chapel took three reigns and over 60 years to complete (accommodation for the associated college of secular clergy was still under construction in the 1390s). The chapel stood at the heart of the palace of Westminster, the pre-eminent centre of English royal government and ceremonial. Produced by the royal Exchequer and now in The National Archives, the fabric accounts for St Stephen’s are exceptionally rich, but have not been fully published until now.

This edition comprises over sixty rolls, from between 1292 and 1396, documenting in meticulous detail a building of spectacular magnificence. They are of international importance as evidence for medieval crafts, especially masonry, carpentry, painting and glass-painting, recording many hundreds of people, their organisation and working practices, and their materials and sources of supply. As primary sources for a major project in the king’s works, the accounts also have a special significance for the study of English royal patronage and political culture.
An extensive introduction sets out their history, structure and context; the Latin text is presented with a facing translation, critical apparatus and indices.

Available to buy online from the publisher, Boydell and Brewer. 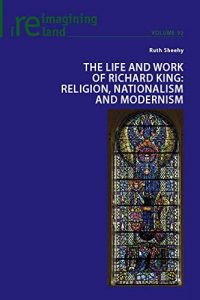 The Life and Work of Richard King: Religion, Nationalism and Modernism. By Ruth Sheehy.

This book on the Irish liturgical artist Richard King (1907-74), examines his career in the context of religion, nationalism and modernism. The book focuses on the interdisciplinary relationship between religion and art during pre- and post-Vatican II Ireland. The importance of Irishness and nationalism is shown by the artist’s early secular work of the 1930s and 1940s. His apprenticeship under Harry Clarke (1889-1931) was pivotal for his principal career as a stained glass artist. However, his departure from the Harry Clarke Stained Glass Studios in 1940 allowed him to gradually move away from Clarke’s influence and to develop his own artistic identity. King was also a talented illustrator for The Capuchin Annual and The Father Mathew Record. From the late 1940s to the early 1970s, his awareness of the work of other artists in Ireland, England and Europe led him to engage with modernism. The Documents of Vatican II and his interest in the Scriptures and theology enabled King to grow at the spiritual level which was reflected in his religious art of the mid to late 1960s and early 1970s. His study of the theological writings of French palaeontologist, philosopher and theologian Pierre Teilhard de Chardin (1881-1955) was crucial for King’s more intellectual approach to matters of Christian faith.

Available to buy online from the publisher, Peter Lang. 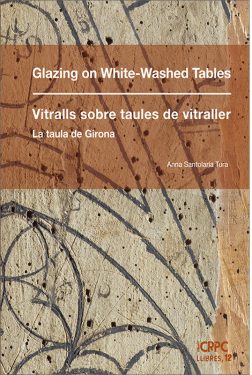