The Best of Company: The London Stained Glass Repository 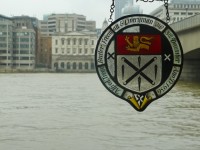 Fig. 1. The arms of the Glaziers’ Company. Looking from the Livery Hall by London Bridge across the Thames to the Fishmongers Hall on the north bank.

Deep below the pavements on the south bank of the River Thames is one of the most important collections of stained glass in England: the London Stained Glass Repository [Figs 1 and 2]. Administered as a separately registered charity under the wing of the Worshipful Company of Glaziers and Painters of Glass, the Repository is an astonishing achievement, a triumph of perseverance, voluntary endeavour and a genuine love of stained glass. Vidimus News Editor, Roger Rosewell investigates. 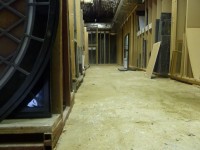 Fig. 2. Inside the Repository.

Between 1960 and 1982, almost 1,000 Anglican churches were declared redundant. As they closed, huge quantities of fine Victorian and early twentieth-century stained glass was ripped out, sometimes relocated in other churches or donated to museums, but often smashed to pieces and thrown away, on other occasions, broken up and sold abroad. It was a national tragedy.

Stunned by such losses, a few members of the Glaziers’ Company formed a unique repository in the 200-year old vaults below their modern livery hall near London Bridge. Since March 1982, these brick-lined cellars have become a safe refuge for unwanted stained glass, where it can be stored until a new home can be found. The first glass to arrive was from the redundant church of St Mark, Southampton (Hampshire), mainly the work of Henry Holiday (1839–1927) and painted around 1910. Many more windows have followed in its wake. 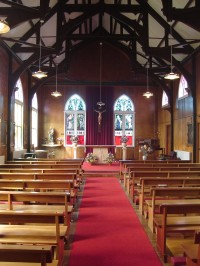 The story of what happened to those first windows sums up the spirit of the London Stained Glass Repository. Their arrival in storage coincided with a visit to Britain by the Catholic priest-in-charge of St Mary’s church at Port Stanley in the Falkland Islands, a building which had been damaged during the Argentinian occupation. Two of the Holiday windows were subsequently installed in this church where they can be seen today by relatives visiting the graves of British servicemen who died in the 1982 war [Fig. 3].

Other windows from the same church also found a new home far away. In 1982, two were acquired by the church of the Holy Innocents in Pinjarra, 50 miles south of Perth in Western Australia. Less adventurously perhaps, more were installed in a new church near Grimbsy in Yorkshire, in Cleethorpes, in Lincoln, in the Cambridge Military Hospital in Aldershot and in London’s William Morris Gallery. What might otherwise have been lost, was saved and renewed.

Over the past thirty years, there have been hundreds of similar success stories, including the rescue of masterpieces by most of the leading artists of the nineteenth and early twentieth centuries, including Clayton & Bell, Ward & Hughes, Charles Eamer Kempe, William Wailes, Shrigley & Hunt, Heaton, Butler & Bayne, Hugh Arnold, Burlisson & Grylls, Henry Victor Milner, and important rarities by Ford Maddox Brown and designs from the studio of Edward Burne-Jones for Morris & Co.

The main driving force behind the creation of this unique scheme was George Gee (1921–2008), a long-standing member of the Company, and Master 1979–80. The first secretary was Malcolm Hord, who was succeeded by Peter London, who had joined the Company in 1944 and became Master of the Company in 1983–84. A surgeon by profession, Peter London brought to his new role in the Company a high level of commitment to excellence and service. Together they helped to formally establish the Repository as a charity in 1989 [Fig. 4]. 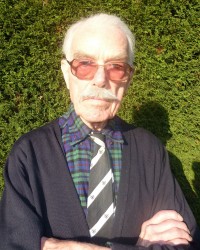 Peter remained secretary for nearly twenty years, until he was succeeded by Gerald Milner (2002–2005) and, more recently, by Michael Dalton, a retired bursar and clerk to the governors at a former grant-maintained school [Fig. 5]. 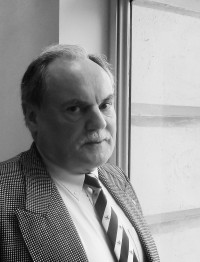 As now constituted, the day-to-day work of the Repository is administered by a management committee that consists of trustees nominated by the Glaziers Company, experts who give their time to assist its work, and external advisors from bodies that include the Church Commissioners, English Heritage and the Church Buildings Council. The current trustees include Peter Beesley (Chairman), a solicitor, diocesan registrar and past Master of the Glaziers’ Company; Robert Holloway, owner of Chapel Studio in Hertfordshire; David Ingmire, chairman of the Management Committee; Roger Shrimplin, architect and town planner (and former Master); Gerald Milner, a chartered surveyor; and Michael Dalton, the Honorary Secretary.  Other members of the management committee include the art historian Peter Cormack, one of the country’s leading experts on stained glass; the glass painters Paul San Casciani and Keith Hill; David Whyman, the Company’s Honorary Librarian; and Sarah Robertson, Curator of the Stained Glass Museum at Ely Cathedral.

Whenever glass of any importance is threatened the committee meets to discuss how it can help. The most famous case in recent years followed the controversial removal of the west window at Sherborne Abbey in Dorset. Installed in 1851 by Hardmans of Birmingham to designs by the famous Victorian Gothic revivalist architect, A.W.N. Pugin (1812–1852), the window had suffered horrendous paint loss – probably caused by poor firing [Fig. 6]. Although the Victorian Society pleaded for the window’s retention, in 1996 the abbey was allowed to replace the Pugin glass with a new design by John Hayward (1929–2007).

Fig. 6. Paint loss on the face of a prophet: Sherborne Abbey glass now in store in the Repository.

After its removal the church donated the window to the Worshipful Company and after years of silent storage in the Repository it now seems to be on the verge of a new life. A year ago one of the students at the University of York’s History of Art Department studying for an MA in Stained Glass Conservation and Heritage Management asked if she could examine the glass. Alison Gilchrist’s excellent dissertation on the window has revived interest in the glass and sparked a lively discussion about its future.
Other glass has had different fates. The aim of the Repository is not to store glass indefinitely but to find new locations for its display and enjoyment. Every year new homes are found for some of the deposited glass, the only criterion being that it must be somewhere where it is publicly accessible.

The recent creation of a new on-line catalogue by David Whyman, has helped to publicise the Repository and its riches [Fig. 7]. 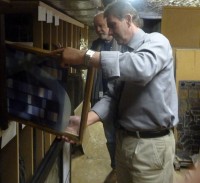 Fig. 7. David Whyman and Bob Holloway inspect some modern glass in the Repository.

“Fortunately the great rush of church closures which sparked the creation of the Repository has slowed down in recent years”, Michael Dalton told Vidimus. “But many challenges still remain. Demand remains high and even good glass occasionally slips through the net. Last year, for example, we were alerted to the closure of a church in Yorkshire which had some glass by Heaton, Butler & Bayne that we were desperate to save. You can imagine our disappointment when we discovered that it had been ‘given’ to one of the demolition contractors who had then promptly sold it to the owners of a cruise ship. Most stories, however, have happier endings and we have a number of exciting projects in the pipeline, including the re-use of windows by C.E. Kempe, by Robert Anning Bell and by the outstanding twentieth-century Arts and Crafts designer, Christopher Whall.  Each time we find a new home for glass from the Repository is a cause for celebration.  We are adding to the stock of stained glass that is available for the public to enjoy, and to that rich artistic heritage that we all hope will be with us for many centuries to come.” 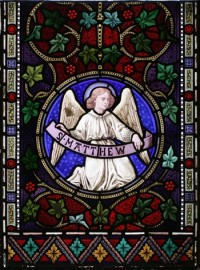 Fig. 8. A Window from the current stock of the Repository; St Matthew, 1873, from the chapel at H.M. Borstal (a young offenders prison), Feltham,

The Glaziers’ Company was formed as a craft guild at least as early as 1328, primarily to regulate standards, provide comradeship to members and to prevent ‘unfair’ competition. In the first quarter of the twentieth century it became an ‘open’ livery company recruiting not just glaziers and stained glass artists, but also people from a wide range of professions and backgrounds. Time and again the generosity of its members has enriched the stained glass community. Apart from maintaining the repository, the Company’s charitable trust awards grants for the conservation of endangered glass. The Trust also makes much appreciated grants to the production costs of Vidimus. Next month, we’ll feature an article on the work of the Trust. 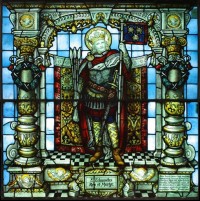 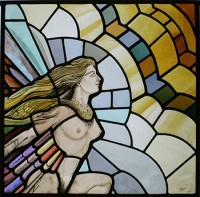 Fig. 9. A window from the current stock of the Repository; an inter-war winged figure of unknown provenance. If any reader can identify the artist responsible for this panel, please contact News@ vidimus.org

NOTES
Further information about the London Stained Glass Repository can be found here.

For more information about the Worshipful Company of Glaziers and Painters of Glass, visit their website.