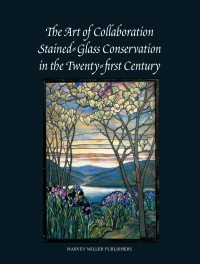 Fig. 1. The Art of Collaboration: Stained-Glass Conservation in the Twenty-first Century.

This anthology, with full-colour illustrations, publishes papers presented at the Forum for the Conservation of Stained Glass held at The Metropolitan Museum of Art in New York in June 2009. Following Corpus Vitrearum guidelines, papers are in the three official languages of the Corpus Vitrearum: English, French, and German. [Fig. 1] The theme – ‘The Art of Collaboration’ (‘L’art de travailler ensemble’, ‘Die Kunst der Zusammenarbeit’) – addresses an increasingly critical aspect of stained-glass conservation: the bringing together of specialists in caring for stained-glass windows. In her introductory remarks, Isabelle Pallot-Frossard, Director of the International Scientific Committee for the Conservation of Stained Glass (Corpus Vitrearum-ICOMOS), succinctly outlines the necessary components for a successful group dynamic. ‘[It] can only be achieved through the mutual contribution of the historian, who places the work in its context, the scientist, who probes the material with all the technological tools at his disposal, and the conservator who, through his long and patient observation, retrieves mounds of information regarding technical approaches, but must also assure a work’s preservation in the best condition possible.’ (p. 15)

The volume addresses the issue of teamwork from a number of different viewpoints. The benefits of a collaborative approach are demonstrated in the treatment history discussed by a team led by Roberta Bollati, who was responsible for conserving a fourteenth-century window from the Magdalene Chapel from the Lower Basilica of the church of S. Francesco in Assisi. Historic partnerships are examined in light of governing authorities (Sarah Brown on York Minster, Stefan Trümpler on Lausanne Cathedral) as well as atelier technicians (Jean-François Luneau on Louis Comfort Tiffany’s studio).

Teams composed of art historians, conservators and scientists demonstrate the benefit of bringing varied expertise to a project. Advantages to this approach are explored in case studies by Drew Anderson, Alice Cooney Frelinghuysen and Janis Mandrus, on the conservation of two nineteenth-century windows by Henry E. Sharp at The Metropolitan Museum of Art [Figs 2, 3], and by Sophie Lagabrielle, Frédéric Pivet and Bruce Velde, on panels from the Sainte-Chapelle in Paris, now in the collection of the Musée de Cluny. Ariana Makau and Jane Bassett, in their discussion of recent work on stained glass in the collection of the J. Paul Getty Museum in Los Angeles, explore the role of private-institutional affiliations, and the critical advantages fostered by the gathering of specializations to address particular problems and issues.

This kind of group effort also extends to the development and application of systems and/or apparatuses for the examination and conservation of stained glass. Climate stability in the installation of historic windows is one such factor: Keith Barley presents a thorough history of protective glazing; a team led by Harald Garrecht provides an interdisciplinary model for determining climate stability; and Stephen Clare discusses the vicissitudes caused by interior heating systems in St. George’s Chapel at Windsor Castle. 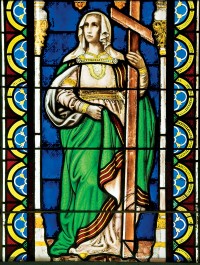 A wide range of papers addresses the development of systems for examining glass, and scientifically identifying prior treatments with the aim of determining treatment plans. These papers include ones by a team led by Piotr Targowski and Pawel Karaszkieicz on the use of optical coherence tomography; Joost Caen, Kristel DeVis and Norman H. Tennent on the reversibility of polymer treatments; the CONSTGLASS Project on the scientific evaluation of previous conservation treatments; a team led by Ian Freestone on energy dispersive x-ray analysis to determine the origins of the glass in John Thornton’s Great East Window at York Minster; a team led by Laurence Cuzange and Claudine Loisel on interdisciplinary approaches to the conservation of dalles de verre; Rainer Drewello, Markus Kleine and Paul Bellendorf on the Moses Window from St. Jakob in Staubing; Anne Kaiser, Matthias Rothkegel and Rolf Sandner on the conservation of glass previously treated with polymers; a team led by Manfred Torge on the choir windows of the Marienkirche in Frankfurt; and Marco Verità on the analysis of paintwork with optical and scanning electron microscopy and x-ray microanalysis.

These very specific studies are put in context by the broader keynote papers which initiate the volume: Alice Cooney Frelinghuysen, ‘Duyckinck to Tiffany: New York Stained Glass 1650–1920’; Sebastian Strobl, ‘From Plumber to Glazier: The Story of Stained-Glass Restoration’; and Ivo Rauch, ‘Handle with Care: Ethics, Approaches, and Best Practice in Stained-Glass Conservation Today.’ The volume concludes with short summaries of posters presented at the 2009 Forum.