Available from the publishers, Peter Lang. 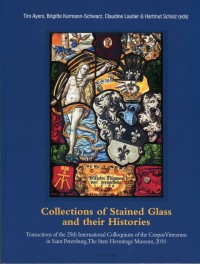 Fig. 1. Collections of Stained Glass and their Histories

The twenty-fifth International Colloquium of the Corpus Vitrearum was held in St Petersburg in 2010 and brought together stained glass scholars from around the world to exchange research and ideas about one of the most important – and fascinating – aspects of the subject; the formation of great collections by wealthy individuals and museums. Contributions discussed the creation of collections, the motives of the collectors who built them and the odyssey of various panels and groups of windows after their initial sale.

This lavishly illustrated book is the result of that ground-breaking event and consists of twenty one papers by leading experts in their fields.

Contributions are divided into different categories; three discuss European stained glass in the Hermitage Museum in St Petersburg; five focus on the preservation, collection and reuse of stained glass by private individuals and institutions; three examine the role of museums as collectors of stained glass; eight explore the personality of key collectors and three others are best described as stand-alone essays; the first throwing light on French glass painters as collectors; the next investigating how windows from the cloisters of the Cistercian monasteries at Altenberg [male] and St Apern [female] found their way to the church of St Mary in Shrewsbury ( Shropshire, England) and the last charting the restoration of the stained glass windows of León Cathedral (north-western Spain) in the second half of the nineteenth-century.

Twelve of the papers are in English; five in German and four in French. Previous volumes in these series have often included summarised translations of each paper in these languages. This volume does not.

For English readers the highlights of the book are the contributions by Anna Eavis, David King and Richard Marks about the stained glass at Milton Manor House (Berks), the preservation and rescue of stained glass in Norfolk, and the magnificent collection formed by Sir William Burrell in Scotland respectively. Eavis shows that the glass at Milton was collected by a wealthy lace maker, Bryant Barrett, as a devotional aide in his catholic chapel; King pursues several strands, first documenting how medieval glass which survived the Reformation and later seventeenth-century iconoclasm (sometimes after being hidden or removed from public view) was collected and reinstated in the nineteenth-century and second, by clarifying the role and bequests of two generations of the Stevenson family who sold imported stained glass. The last essay in this group includes exciting news about the cataloguing of the Burrell glass and some of the discoveries about the origins and provenance of particular pieces.

Papers by the US scholars, Madeline Caviness, Elizabeth Pastan and Ellen Shortell also provide plenty of interest. Caviness discusses how pro- and anti -Nazi political beliefs coloured attitudes towards German stained glass before and after WWII with the prodigious collector William Randolph Hearst preferring the glass and post-war collectors shunning it because of its origins. Pastan takes a close look at how J Pierpont Morgan acquired a group of twelfth-century panels from Troyes Cathedral and the circumstances where they were bequeathed to the Victoria & Albert Museum in London. Shortell completes a trio of fines essays by describing the sale, purchase and display of the second quarter of the seventeenth-century stained glass from Park [sometimes, Parc] Abbey near Louvain in Belgium depicting incidents in the Life of St Norbert, the founder of the Premonstratensian Order of Canons Regular of Prémontré , usually known as Premonstratensians.

Other English language contributions include Peter Martin’s sleuthing about the Altenberg and Shrewsbury glass,  Oxana Lopatina’s description of the stained glass collection assembled by Dmitry Shukin (now in Moscow’s Pushkin Museum), Aranzazu Revuelta Boyod’s account of the León Cathedral glass mentioned earlier   and an overview of the Collections of Stained Glass in Dutch Museums by Zsuzsanna van Ruyven-Zeman. The latter chapter sits beside Isabelle Lecocq’s account of the collections of the Royal Museums of At and History in Brussels ( in French) and Daniel Hess’s similar look at the history of stained glass in  the German National Museum in Nurnberg (in German).

Although expensive by most pockets, this is an excellent record of an important event which will almost certainly be welcomed by stained glass scholars present and future, with the latter hopefully using some of the ideas and methodologies exhibited in these essays to shed further light on this perennially intriguing aspect of displaced pre: 1700 stained glass- who bought it, how and why? Where was it installed and what has happened to it subsequently?

Plenty of questions and answers in a single book