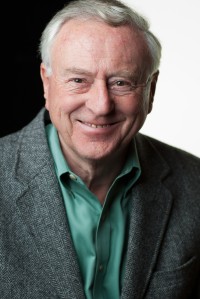 Vidimus is sad to report the death of David Whitehouse, former executive director of the Corning Museum of Glass, who died 17 February, following a brief battle with cancer. He was 71.

Whitehouse joined the museum in 1984 as chief curator, becoming director in 1992, and executive director and curator of ancient and Islamic glass in 1999, a role he retained until 2011. Whitehouse oversaw the growth of the Corning Museum of Glass during a critical period in its history: the museum campus underwent a major renovation and expansion, which included providing space for the Rakow Research Library, one of the world’s foremost libraries of glass-related materials. Additions to the library under Whitehouse’s leadership included not only books, but also rare manuscripts and archives from artists and glass companies from around the world.

Whitehouse was an eminent scholar of ancient and Islamic glass, and published numerous scholarly papers, reviews and monographs, in addition to serving as an advisor to various academic journals. He was editor of the Corning Museum’s annual Journal of Glass Studies from 1988 to 2011, and curated several exhibitions at the museum.

For further details, with reactions from colleagues, see the Museum’s website here. 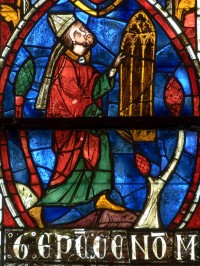 Stuart Whatling has established a website as a repository for images of medieval art, including stained glass, particularly those related to his research interest, visual narratology. There is much of interest for Vidimus readers, such as this image of glass from the clerestory of Tours Cathedral, showing Bishop Geoffroy Freslon of Le Mans presenting his window. The panel is in bay 201, which shows the history of St Maurice and the Theban Legion. 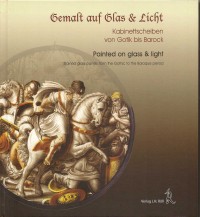 An exhibition of 88 Flemish roundels, 10 Swiss panels, and 38 small Baroque panels belonging to the well-known collector Dr Klaus Tiedemann will open on 16th March at the Stained Glass Museum in Linnich, Germany.

The ensemble, which ranges in date from the fifteenth to the eighteenth centuries, contains exceptionally fine examples of Netherlandish roundels and charming instances of rural folk art. The exhibition will run until 4th August. A catalogue of the collection – Gemalt auf Glas und Licht – is available. See the Books page of Vidimus 29 for a review.

The Association of Art German Historians (Verband Deutscher Kunsthistoriker) is holding its 32nd conference on 20–24 April 2013. One section of the conference is given over to the relationship of stained glass to sacred space. This part of the conference is being led by Frank Martin of the German CVMA (Potsdam), and the speakers will include names familiar to Vidimus readers: Brigitte Kurmann-Schwarz, who will talk about the nature of glass-painting in French cathedrals, and Michael Burger, who will discuss the function of ornamental glass-painting in relation to architecture.

A conference entitled ‘Medieval Europe in Motion’ is to be held in Lisbon 18–20 April. 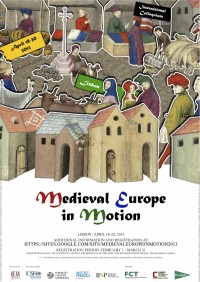 The main objective of the conference is to analyze the influence of the circulation of people, forms and ideas on the artistic creation during the Middle Ages. Although this is not an entirely new topic in the field of medieval art, the conference aims to conduct a critical appraisal of study to date and to propose new questions.

More details are available here and on the facebook page.

Chartres, a new addition to the La Grâce d’une Cathedral series, is to be published in April, marking the end of a major phase in the cathedral’s restoration. Edited by the Bishop of Chartres, Michael Pansard, the book presents a history of the cathedral, and contains chapters by fifty authors, including historians, art historians, theologians and architects.

In an effort to return the cathedral to its medieval glory, the windows and the stonework have been cleaned and brightened by restorers: dirt and grime have been removed from the glass, and the walls have been clean and coloured. Vidimus readers will be interested in the effects of the restoration project on the windows of the cathedral, which no longer appear to be pools of colour in a gloom, but are highlights in a light interior. Like the restoration of the Sistine Chapel, this project has not been without controversy. Compare views expressed in The Spectator (‘Restoration Tragedy’) with those expressed in The Independent (‘Bright future for a Gothic wonder’).

The volume is published on 11 April 2013. More information can be found on the website, and it can be pre-ordered online.