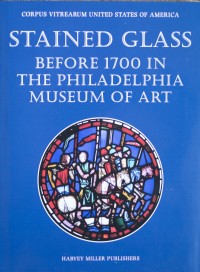 Fig. 1. ‘Stained Glass before 1700 in the Philadelphia Museum of Art’.

This is an important and hugely enjoyable book that succeeds at several different levels [Fig. 1]. First and foremost it is a detailed catalogue of more than 140 stained-glass panels dating from the early thirteenth to the seventeenth centuries belonging to the Philadelphia Museum of Art in Pennsylvania, a major city on the eastern coast of the USA. Although less well known than the holdings of the Metropolitan Museum of Art in New York (see the feature article in Vidimus 26), the collection includes three incredibly rare thirteenth-century panels from the Sainte-Chapelle in Paris and the largest collection (76 items) of sixteenth-century English armorials in the USA. The introduction not only tells the story of how the collection was formed, but also throws fascinating light on changing attitudes to the value of stained glass during the evolution of the museum, in particularly how the glass was acquired and displayed.

Renée Burnam is a member of the American Corpus Vitrearum committee, and this book is volume VI/1 of their series. The catalogue follows the standard CVMA format, with a description, dimensions, history, iconography, style and date, condition, restoration history, bibliographical references given for each panel.

Fig. 2. Armorial glass at The Vyne (Berkshire), reproduced courtesy of the National Trust.

For historians of English stained glass the book’s appeal will almost certainly centre on the armorial collection formed in the 1920s by the Widener Dixon family, assembled via dealers from stately homes such as Ashridge Park and Cassiobury Park (Hertfordshire), and Wroxton Abbey (Oxfordshire). While these panels have secular provenances, the author argues that two other panels in the collection originally formed part of a much larger scheme in the chapter house of Exeter Cathedral. Production values are consistently high, and the book will be invaluable to any student of heraldic glass.

For British readers, good collections of similar armorial glass can be seen at the Burrell Museum in Glasgow and in various National Trust properties [Fig. 2].